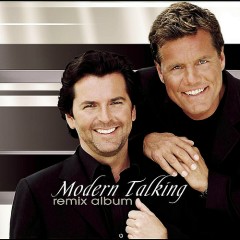 Everybody who has followed the career of Modern Talking
also knows the unbelievable story of Thomas Anders and
Dieter Bohlen. Founded in 1984, the duo had their first hit
with the song “You’re my heart, you’re my soul”. They
straight went to the top position in 35 countries. When
they separated three years later, they could look back at
more than 60 million sold albums. But the insanity still
continued. Their comeback in 1998 showed, where Modern
Talking belongs: to the top of the charts.

Modern Talking presents their latest album “Year of the
dragon” it in the ancient tradition of the Chinese
chronology. While the western hemisphere counts the days of
the new millennium, Asia celebrates the change to the year
of the dragon not u More…