[Intro]
Attention Deficit Hyperactivity Disorder, or better known as ADHD, is a mental disorder that affects an individual’s ability to focus

Causing them to move around more frequently

They may also have trouble controlling their impulsive behaviors

[Chorus: Joyner Lucas]
One time for them prayin’ on my downfall (Yeah)

Two times for the homies in the chow hall (Whoa)

Three times for them hoes on the internet

Shittin’ on niggas when they really should get out more

Four times for the days that were all bad (Woo!)

Five times for the bitches who ain’t called back (Yeah)

Six times for the kids like me who got ADHD just to— (Brap, brap, brap) [Verse 1: Joyner Lucas]
Kidnap a nigga like ISIS (Whoa)

Turn a whole world to a crisis (Whoa)

Walk around the city with a ice pick

I been paranoid, usually, I ain’t like this (Boop, boop)

Beat the police with a nightstick (Boop)

In my whole life, I been lifeless

I remember sleepin’ on my dad’s couch (Whoa)

Now I got the Bentley, and it’s blacked out (Whoa)

Family lookin’ at me like a cash cow (Whoa)

Thought you had a chance, now you assed out

I been livin’ in the dungeon

I done held a couple grudges

Went to hell and got abducted

Meet the devil, I’m his cousin

Got a metal in the truck, I keep a semi when I’m bussin’

I ain’t judgin’, I just want the money, I don’t need a budget

But I got the munchies, nigga

Tell that bitch that I turned out just fine (Joyner)

And no, I don’t know you for the twelfth time (Woo!)

You love to run your mouth like a tough guy

Hope you keep the same energy when it’s crunch time (Woo!) [Interlude]
According to the American Psychiatric Association

And two percent of adults

Commonly believed to only affect boys

Because they are perceived as rowdy and rambunctious [Chorus: Joyner Lucas]
One time for them prayin’ on my downfall (Yeah)

Two times for them bitches in the South Shore (Whoa)

Three times for them days on the block

Gettin’ chased by the cops like a mother***in’ outlaw

Four times for them days that were all bad (Woo!)

Five times for the bitches who ain’t called back (Yeah)

Six times for the kids like me who got ADHD just to— (Brap, brap, brap) [Verse 2: Logic]
Me and Joyner need a couple hearses (Woo!)

Double homicide, kill the beat and the verses

Everybody livin’ on the surface

But we came from the underground, yeah, we deserve it

Beef is when you murder mother***ers on a beat

Beef is brothers dyin’ over ***

That never mattered in the first place, lyin’ in the street

Peace is when you leave it in the past, let it heal like a cast

When enough time pass, then you blast

You could never top it, boy, just stop, stop it

All these other mother***ers full of indecision

And I murder with precision all over your television

I’m numero uno, number one and you is just a subdivision

Ain’t no time to bicker over who the nicest

You at Target with your mom

I just sent a steak back at Mastro’s, my god

Me and Joyner need a couple hearses (Woo!)

Double homicide, kill the beat and the verses

Everybody livin’ on the surface

But we came from the underground, yeah, we deserve it

Yeah, uh, far from the minimum, killin’ ’em with no Ritalin

Now we on the same tune, and we sealed the game’s doom

The illest of lyricists on the same ***

RattPack, clap back on the gang ***

Do it for the love of rap, not for the fame ***, woo! [Chorus: Logic]
One time for the Grammy that I never got

Two times for the Garden that I sold out

Three times for the street crimes that I committed

Yeah, I did it, but thank God that I made it out 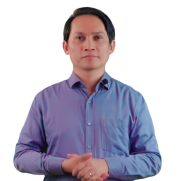